The Council of Councils (CoC) is an initiative by Council on Foreign Relations (CFR), connecting leading foreign policy institutes from around the world in a common conversation on issues of global governance and multilateral cooperation. The Council of Councils draws on the best thinking from around the world to find common ground on shared threats, build support for innovative ideas, and introduce remedies into the public debate and policymaking processes of member countries. The membership of the Council of Councils includes twenty-nine institutions from twenty-five countries, roughly tracking the composition of the Group of Twenty (G20). The network facilitates candid, not-for-attribution dialogue and consensus building among influential opinion leaders from established and emerging nations. In addition to an annual conference, the Council of Councils provides an ongoing exchange for research and policy collaboration among its members, including during regional conferences hosted by members. The group also considers long-term structural reforms that would enhance the global governance capacity of leading international institutions.

East Asia Institute (EAI) is currently the only founding member institution representing South Korea. It has been actively participating in the consensus-building process and candid exchange of ideas with the world’s renowned think tanks in the CoC in order to effectively respond to complex challenges faced by the international community in the 21st century. As a sole representative from South Korea, EAI, in particular, has been a forerunner in raising security, economic, diplomatic issues concerning the Korean Peninsula up for discussion at every CoC conferences and focusing the interest of international epistemic community onto the issues surrounding the Peninsula.

In order to provide a discussion forum in which important issues facing the Asian region, including uneven economic growth and competition alongside deepening levels of interdependence, the emergence of new power centers, rising nationalism, and domestic political change, EAI and CFR organized the Council of Councils Eleventh Regional Conference on October 7-9, 2018 in Seoul, South Korea. Under the theme of “Adapting to a Changing Order in Asia”, this conference focused on global, as well as regional, issues, such as North Korean nuclear problems, the contested regional order of Asia, global health, techno-nationalism and fourth industrial revolution, and energy and environmental management. 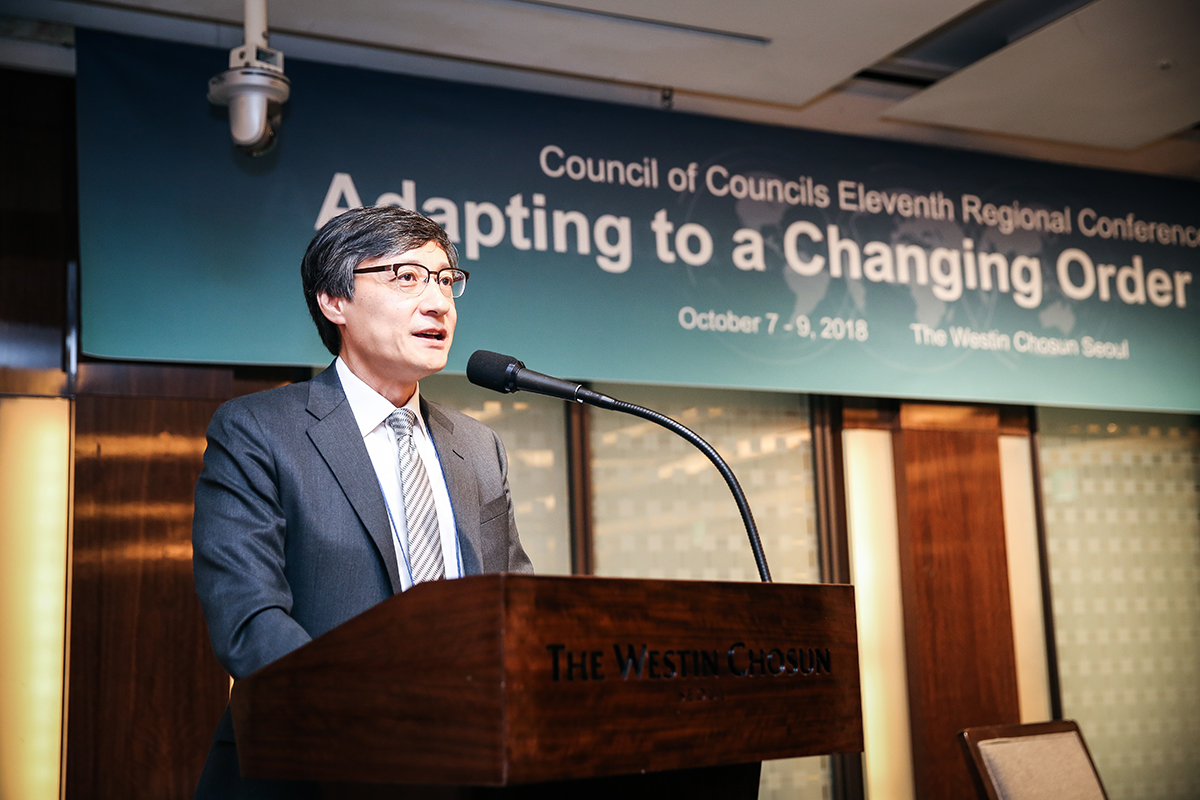 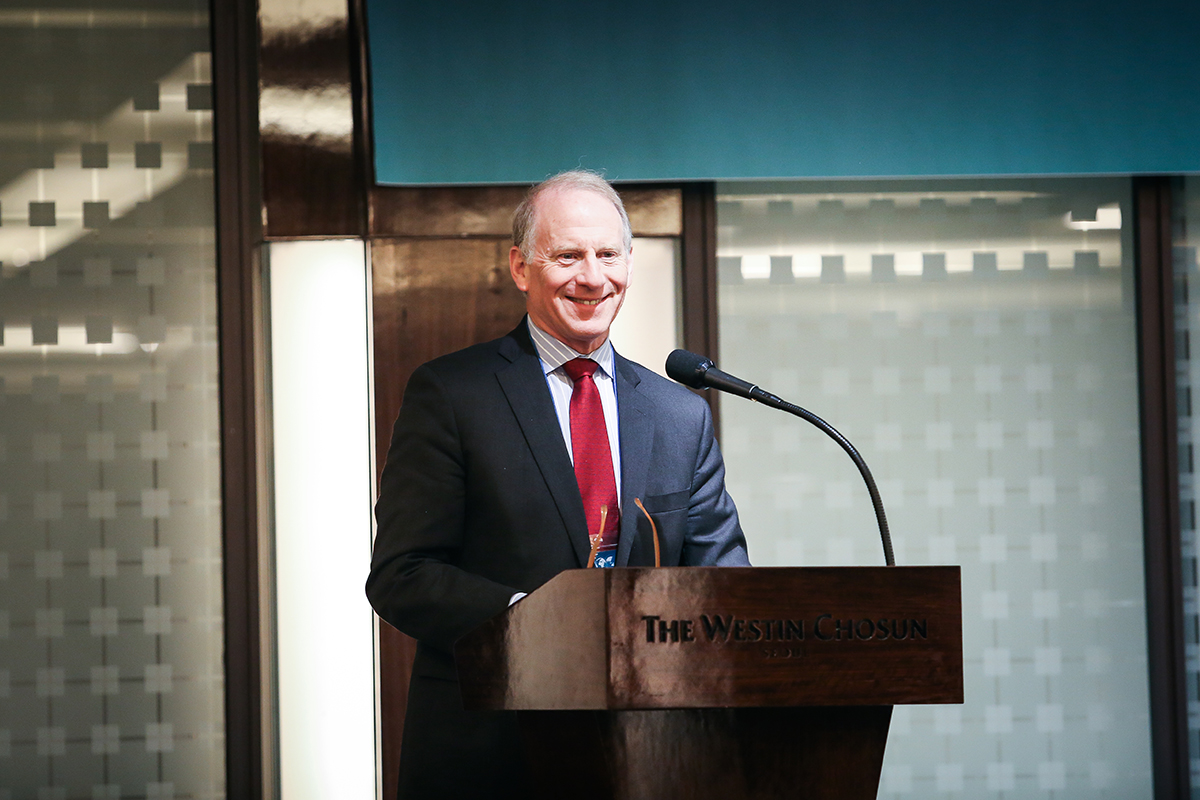 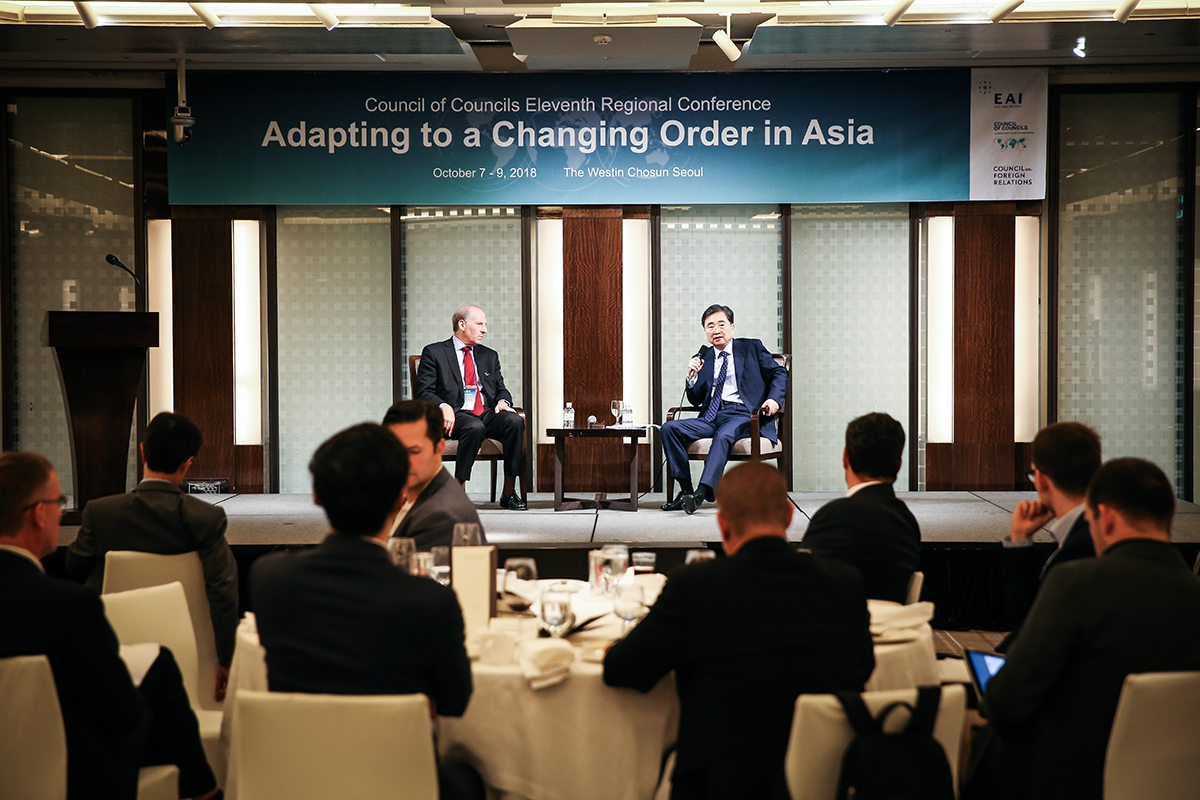 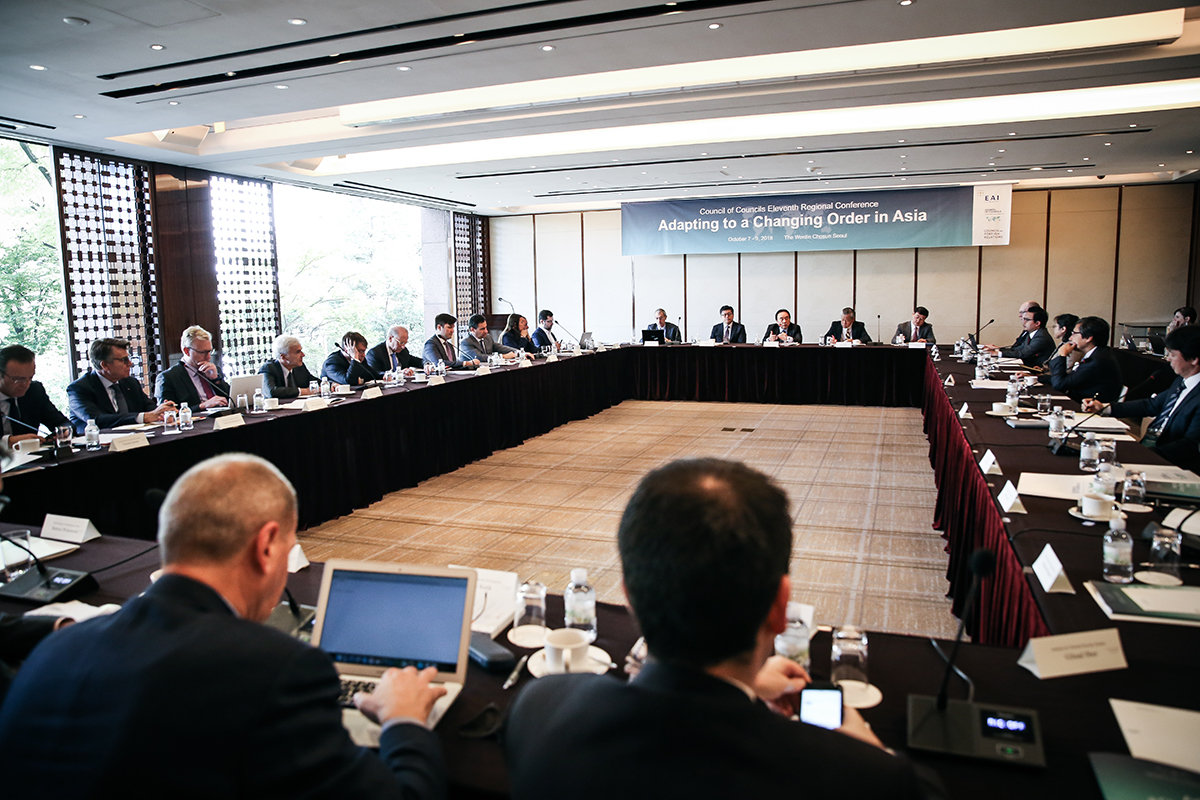 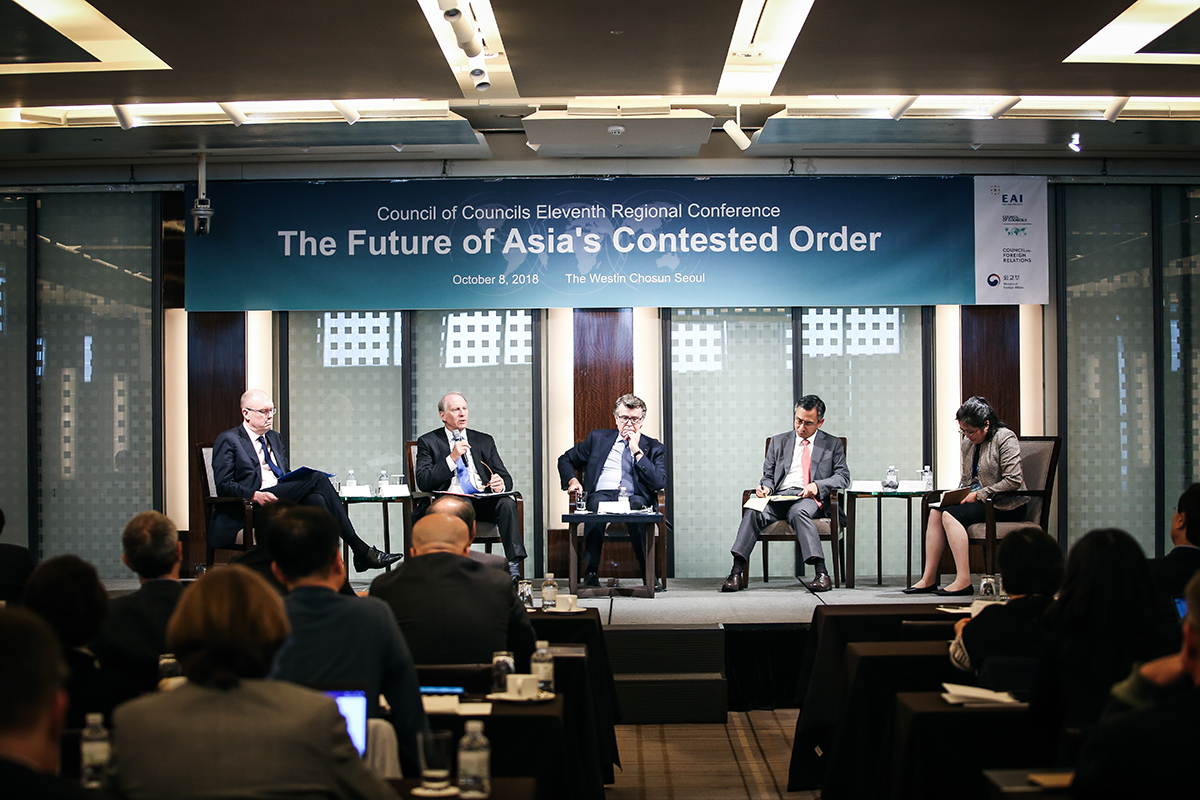 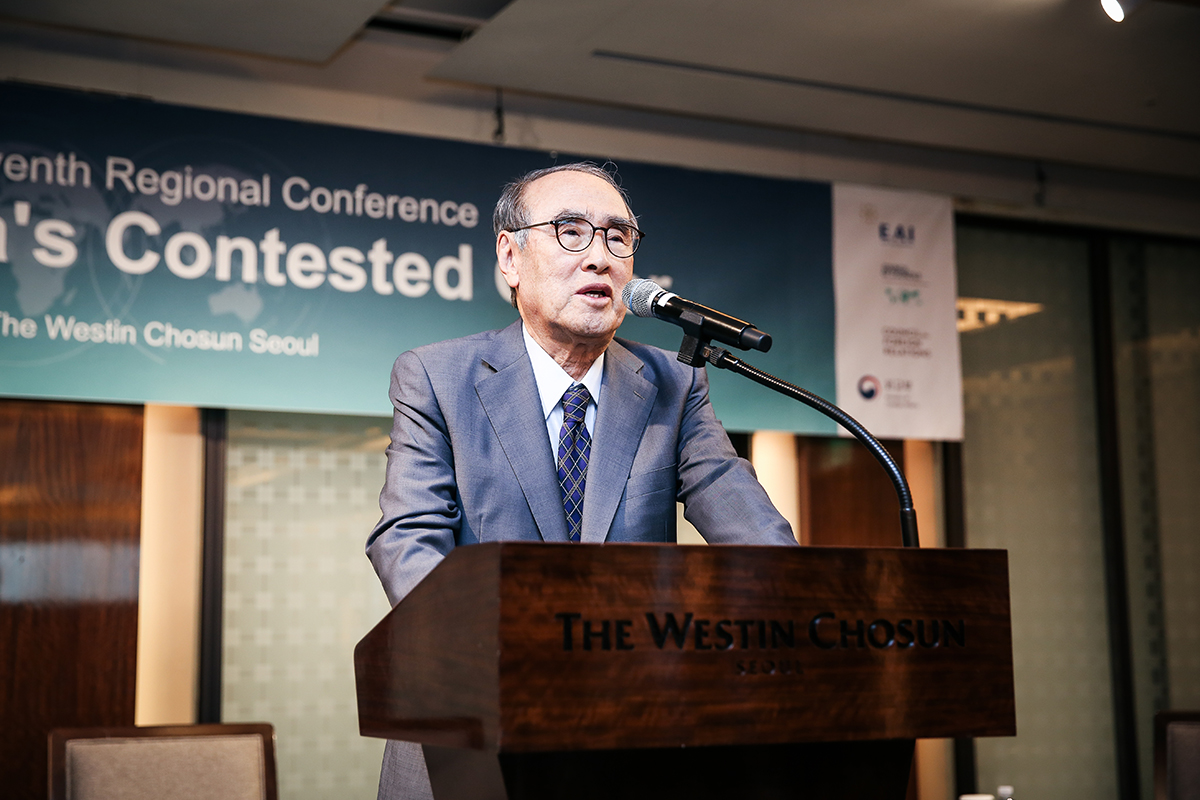 next
"The Belt and Road Initiative vs. the Indo-Pacific Strategy: Evaluation and Prospects"