For the sixth lecture of 2019 KF Korea Workshop 2, Director Seunghye Sun of the Daejeon Museum of Art spoke about “Glimpse or Korea” under the theme of [Korean Culture]

For the first part of her lecture, Director Sun emphasized the “power of nature” resonating from traditional Korean art. For instance, she showed how the golden crown and earrings from the Shilla dynasty drew inspirations from trees and leaves. She also emphasized that nature-driven inspirations are not just limited to Korea as they could just as easily be seen on the golden crown from Afghanistan’s Tillya Tepe.

For the second part of the lecture, Director Sun spoke about the “power of belief” underlying Korean art. According to her, different religious movements including Shamanism, Daoism, and Buddhism all contributed to the resurrection of diverse artworks throughout and beyond the Korean Peninsula. For her presentation, she introduced the students to various Buddhist sculptures, including the Pensive Bodhisattva from the mid-seventh century. She also drew cross-cultural connections by showing the Pensive Buddha sculptures from both Korea and Japan, as well as comparing and contrasting the Buddha Grotto at Seokgulram and the Yungang Grottoes in China.

Director Sun summed up her lecture by introducing the remaining themes such as “power of scholar,” “power of challenge,” and “power of speed.” Regardless of their originations, she suggested that these themes have continued on into present to influence the wide-ranging modern contemporary arts of Korea such as NamJune Paik’s media-based displays. 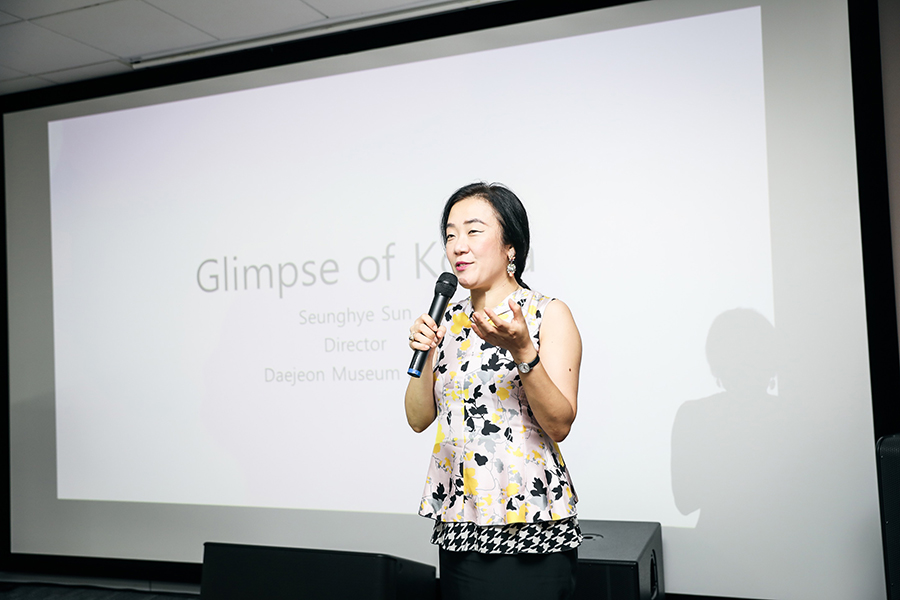 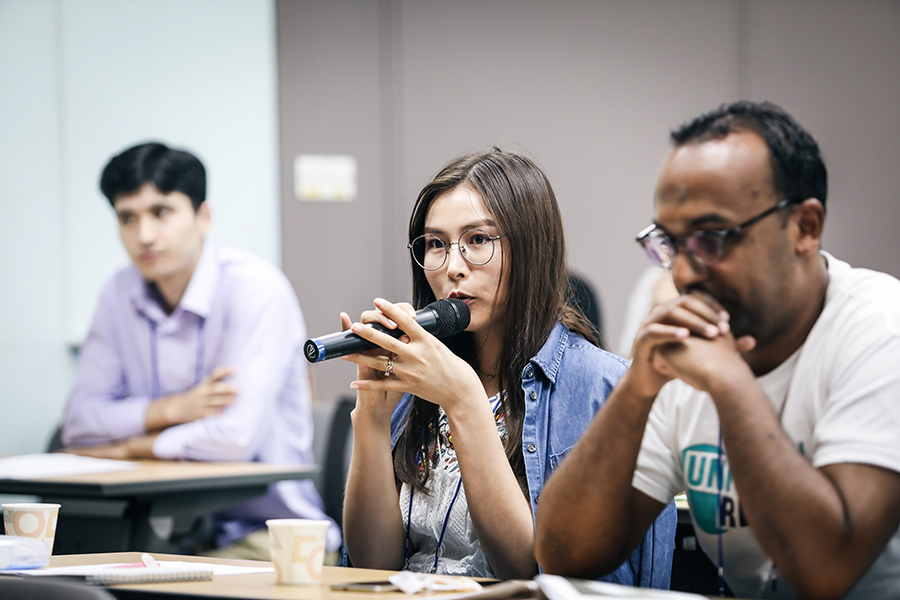 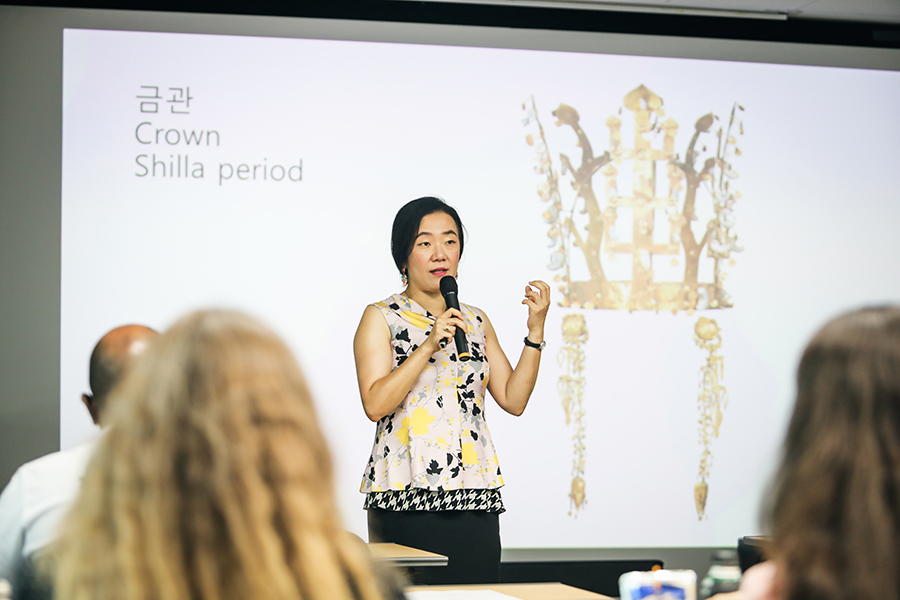 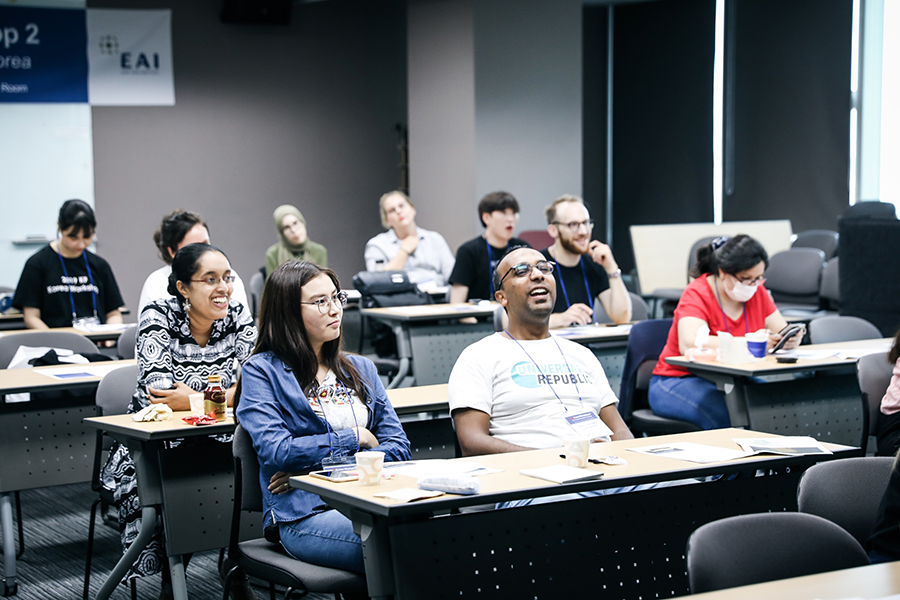 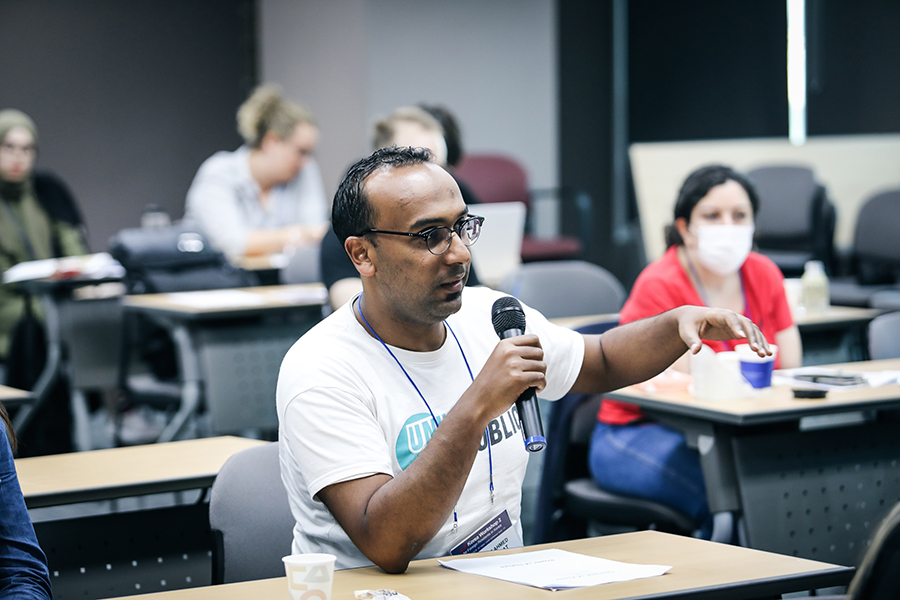 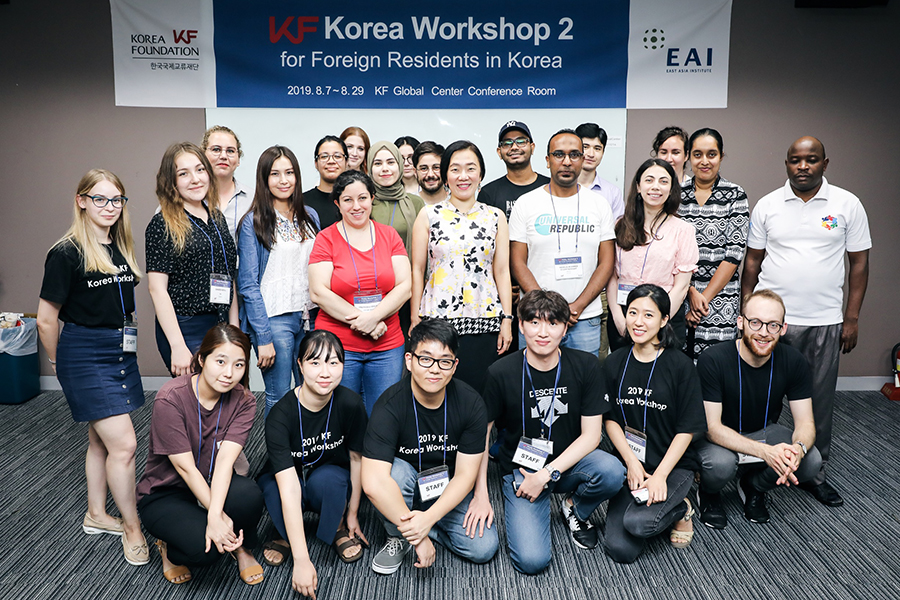