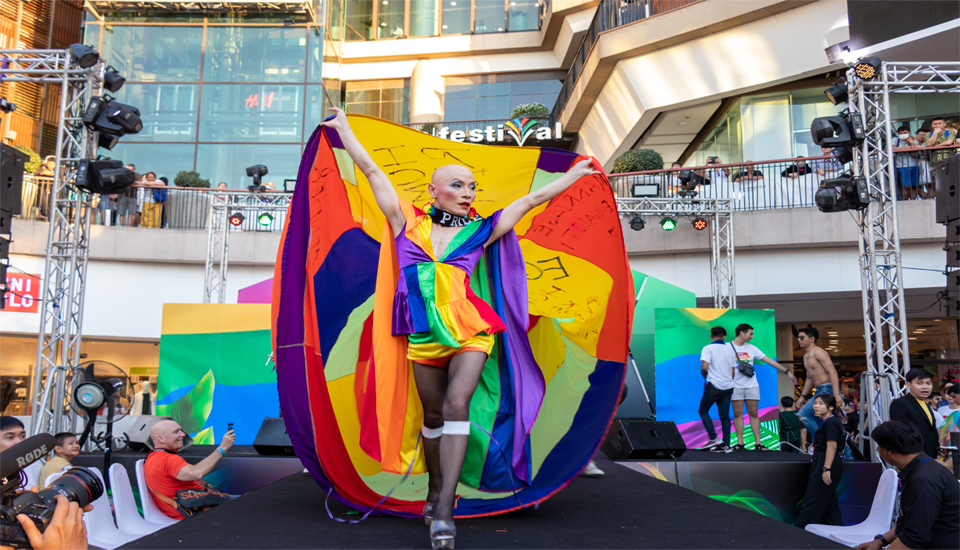 Assistant Professor at the Institute of Asian Studies, Chulalongkorn University.

Researcher at the Institute of Asian Studies, Chulalongkorn University

In many Asian countries, minority groups are often discriminated for various reasons, such as race, ethnicity, class, religion, language, and sexual identity. To facilitate knowledge-sharing of similar circumstances, the Asia Democracy Research Network (ADRN) has been conducting research on the Protection of Minority Rights based on country cases since 2021. As a part of this project, EAI has planned a working paper series composed of five working papers, covering the case of Thailand, Nepal, Mongolia, Bangladesh and India.

In this working paper, Jirayudh Sinthuphan, assistant professor at the Institute of Asian Studies, Chulalongkorn University, and Thanchanok Ruendhawil, researcher at the Institute of Asian Studies, Chulalongkorn University, discuss the current status and the key challenges for LGBT rights protection in Thailand. Although Thailand`s constitution provides a basic mechanism for protecting minority rights, LGBT rights and protections have been excluded ?the Thai law has been rarely updated to reflect modern society. The authors emphasize that a lot of efforts such as the approval of the Civil Partnership Bill and the Civil and Commercial Code reform continue to make changes to provide fundamental and equal rights for LGBT citizens.

Homosexuality and transgenderism have had a long presence in Thai history. With a high level of visibility and societal tolerance, Thai lesbian, gay, bisexual and transgender (LGBT) individuals appear to enjoy relatively greater freedom to express their identities and to lead their way of life than their compatriots in other countries (UNDP 2014). Such an outward appearance of individual freedom and acceptance, however, has concealed the prevalent institutionalized discrimination that poses a challenge for the Thai LGBT community to access rights equal to those that their heterosexual counterparts have enjoyed. Since 2012, the Thai LGBT community has fought for the right to marry, which would allow them the same rights as heterosexual couples. In this article, we look back at LGBT rights advocacy in Thailand and how the fight for legalized same-sex marriage has resulted in a public debate on minority rights.

A Brief History of LGBT Rights and LGBT Advocacy in Thailand

The history of homosexuality and LGBT rights in Thailand is often complex and contradictory. Pre-colonial Thai society was relatively androgynous and quite accepting of non-heteronormative behaviors. Sexual activities, including homosexuality, were considered a private matter and did not concern the state.

However, this attitude towards sexuality began to change with the arrival of Western colonial norms during the 19th century. According to Peter Jackson, an eminent scholar on the history of Thai gender and homosexuality, around this time a more rigid Western understanding of sexual orientation and gender identity began to replace the less formalized Thai moral concepts of gender (Jackson 2003). During the Victorian era, Thai society began to adopt this Westernized concept of virtues and sexualities as a path towards modernity to become a more civilized nation. In the process of the Westernization of Thailand, individual sexuality and sexual behavior became part of a person’s identity, and social norms changed such that to the criminalization of homosexuality and sexuality have also been considered.

In 1917, a royal decree on gender assignment was issued. It was the first time that a person’s identity was officially recognized by one’s gender at birth. When Thailand shifted from an absolute monarchy to a constitutional monarchy in 1932, such a “modern” concept of sexual orientation and gender identity was systematically imposed and employed by the state as a means to establish a new social order (Winichaikul 1994) (Barme 1993). Clear definitions of gender identity and how Thai men and women should express their sexuality began to emerge. Gender norms were institutionalized through newly established state apparatuses such as schools, the legal system, the military, and the police force. These institutionalized gender norms and definitions remain key challenges to Thai LGBT rights advocacy to this day.

There has been no evidence of any laws against cross-dressing, cross-gender behavior, or sexual orientation in Thailand. Early Thai laws tended to criminalize sexual acts rather than sexual identity. Private and non-commercial sodomy between consensual adults was decriminalized in 1953 (UNDP 2014). Since then, there has been little development in terms of legislative policies to protect and to promote the rights of the Thai LGBT community. No evidence emerges of any LGBT advocacy in Thailand in the 1960s and 1970s. One reason might have been that Thai LGBT community enjoyed a comfortable level of social space and freedom, which led to the absence of an LGBT advocacy group or political union. Accordingly, historiographers on Thai social movements often point to the outbreak of the HIV/AIDS epidemic during the 1980s as the birth of Thai LGBT advocacy.

When HIV/AIDS first arrived in Thailand, it was labeled a homosexual or a “sinner’s” disease. HIV/AIDS patients were stigmatized along with the LGBT community. Those who were infected were considered shameful to society, and the disease was rarely discussed in public, which resulted in a greater number of infections. Thai LGBT advocacy was hence born out of a mission to change public perception of the LGBT community, as well as to educate its members about prevention of and treatment for the disease (Ungpakorn B.E. 2559 (2017)). The Rainbow Sky Association of Thailand, which is one the oldest LGBT advocacy groups in the country, began itself as a self-help group that offered information exchanges among HIV/AIDS patients. Since the 1990s, the Rainbow Sky Association has, along with many other LGBT advocacy groups, started to campaign for more equal social protection and legal rights for the LGBT community. This includes the right to civil partnership and the right to receive equal fundamental benefits like other Thai citizens, including the rights to make health care decisions for a partner or the right for same-sex couples to be eligible for employee benefits or health insurance policies, joint financial loans, inheritance, and adoption or other parental rights. In the next section, we will discuss the movement to campaign for same-sex marriage rights and public discourses on the issue.

The issue of same-sex marriage rights was introduced into the Thai public discourse around 2012, when a same-sex couple in Chiang Mai, who happened to be leading LGBT rights advocates, applied for a marriage registration, and their application was refused by the registrar because Thai laws did not recognize same-sex marriage. Their petitions to several government agencies led to legal reform efforts to allow equal marriage rights to same-sex couples.

Since 2013, there have been several drafts of same-sex marriage legislation. The life of the first draft proposed by the Ministry of Justice was cut short by the 2014 military coup and political climate that followed. A second draft was again proposed by the Ministry of Justice in 2018. However, it was heavily criticized by the LGBT community and legal experts because its content was primarily about co-ownership of assets and inheritance rather than marriage rights. This is due to the inability of legislators to think beyond traditional definitions of family and gender norms (Wallayangoon 2018). The third draft was revised from the second draft in 2019 by the Rights and Freedom Protection Department together with an LGBT advocacy group, and it came to be known as the Civil Partnership Bill.

The Civil Partnership Bill allows same-sex couples who are at least 20 years of age to register in a civil partnership which includes the right to start a family, the right to co-manage assets, the right to serve as each other’s legal representative, the right to inheritance, and the right to adopt. It defines “civil partners” as “two persons of the same sex who register their relationship under the civil partnership law.” According to some legal experts, such a definition may contradict the existing Civil and Commercial Code which predicates that “A marriage can take place only when the man and woman have completed their seventeenth year of age. But the Court may, in case of having appropriate reason, allow them to marry before attaining such age.”

The dispute between the Civil Partnership Bill and the Marriage Equality camps has caused much confusion among the Thai public. It has nearly escalated into a political row between those supporters of the government proposition (the Civil Partnership Bill camp) and those who stand opposed (the Marriage Equality), has threatened to derail the whole legislation process. From my observation, the media, which is unanimously in support of LGBT rights, has played an important role in resolving the situation by providing a public sphere for debates on the issue as well as helpful information.

“Human dignity, rights, liberties, and equality of the people shall be protected.

The Thai people shall enjoy equal protection under the Constitution.”

On paper, the constitution of the Kingdom of Thailand provides a basic mechanism for minority rights protection. Both the Thai Constitution and numerous ratified human rights resolutions and conventions provide LGBT citizens with the same rights as other Thai citizens. All citizens are entitled to receive protection from the state and must not be discriminated against for any reason, especially by the state itself. For example, citizens must not be discriminated against based on gender, age, disability status, race, birthplace, or religion. In practice, Thai law, which has rarely been revised to keep up with the changing times, often excludes LGBT citizens from obtaining basic equal rights and protections. One major challenge for legal reform to protect LGBT rights is the conservative and heterosexual majoritarianism among Thai legislators and legal practitioners (UNDP 2014) that prevents the legislative body from comprehending the world beyond the traditional heterosexual family structure and gender roles. Another major challenge seems to stem from the Thai attitude towards laws and law reform. The constitution and laws are often seen as sacred, unchangeable, and unintelligible to the public. For law reform advocacy to gain enough momentum, members of the Thai LGBT community need to become better informed regarding legislative policies and the legal reform process.

The third key challenge for the Thai LGBT community is the absence of a unified core movement or a state-recognized LGBT union. This absence became obvious during the Civil Partnership and Marriage Equality campaigns, where different advocacy groups appeared to have their own discourses and agendas that often clashed with one another and nearly derailed the true aim of the movement.

The last key challenge for Thai LGBT rights advocacy that we want to present here is the failure of policy makers to separate their personal religious and moral worldview from their obligation to protect civil rights. The challenge becomes even greater when such a religious and moral worldview is intertwined with their own minority identity and rights. Legislation passed in 1946 officially recognizes a limited use of sharia for Thailand’s Muslim minority in the four border provinces of Pattani, Yala, Narathiwat, and Songkhla. Traditional Islamic law holds that homosexual activities are forbidden and considered a punishable offence. Accordingly, Muslim legislators chose to vote against marriage equality during the February 2022 parliament session. Despite the fact that the bill passed by an overwhelming majority, Muslim legislators still sought to be exempted from the bill and to maintain their minority right to observe Islamic law.

As of March 2022, both the Civil Partnership Bill and the Civil and Commercial Code reform have been approved by the parliament in principle. They must go through several additional legislative protocols before they become effective. Anything can happen along the way, and the battle for equal rights for the Thai LGBT community continues. 

Jackson, P. A. 2003. "Performative Genders, Perverse Desires: A Bio-History of Thailand's Same-Sex and Transgender Cultures." Intersections: Gender and Sexuality in Asia and the Pacific, vol. 9, no. August 2003 1–52.

■ Jirayudh Sinthuphan is an assistant professor at the Institute of Asian Studies, Chulalongkorn University.

■ Thanchanok Ruendhawil is a researcher at the Institute of Asian Studies, Chulalongkorn University. 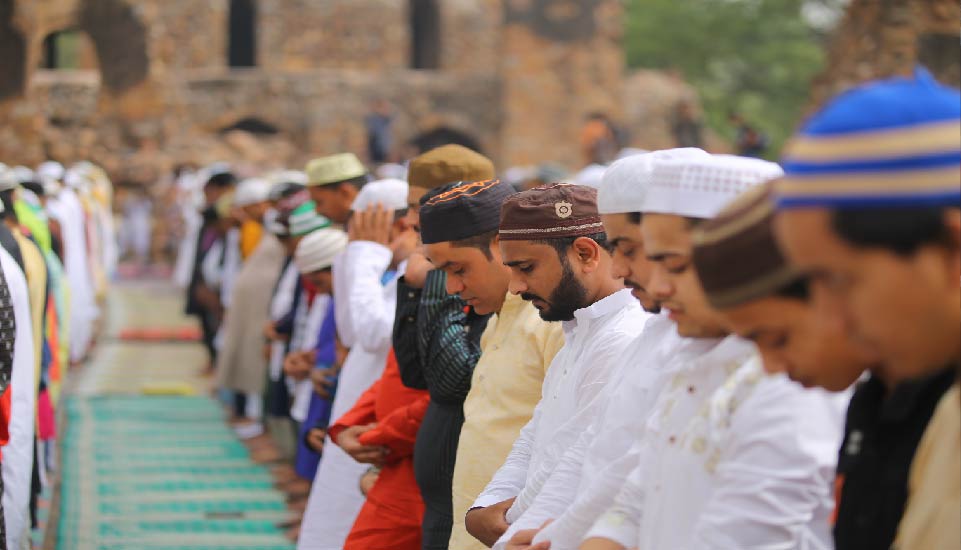 [ADRN Working Paper] The Majoritarian Challenge to Minority Rights in India: The Case of Muslims