Senior Fellow for Southeast Asia at the Council on Foreign Relations

During the COVID-19 pandemic, while some democracies (such as Canada and Australia) have been able to respond effectively, the five large democracies of the United States, Brazil, India, Indonesia, and the Philippines have suffered severe effects on public health. In this commentary, Joshua Kurlantzick, a Senior Fellow for Southeast Asia at the Council on Foreign Relations, explains how social and economic inequalities in these countries are the cause of their ineffective responses to the pandemic. He then points out how populist politicians in these countries have exacerbated inequality during the pandemic with their rhetoric and policy. The author then argues that despite political, economic, and social problems in these countries, leaders have an opportunity to alleviate inequality through major democratizing reforms, as there is a public sentiment of wanting to work together to overcome the pandemic.

Five Divisive and Inequal Democracies Hit by the Pandemic

The COVID-19 pandemic has wreaked havoc on public health in most countries, but it has had especially severe effects on five major democracies: the United States, Brazil, India, Indonesia, and the Philippines. These states have five of the highest death tolls and caseloads from COVID-19 of any countries, and all have struggled to control the pandemic. Democracy itself is not the reason for their public health failures. Other democracies, such as Australia and Canada, have not only produced effective public health responses but also taken robust measures to mitigate the pandemic’s effect on inequality.

Instead, the vast social and economic inequalities in these five ethnically and racially diverse countries have made the pandemic harder to control. These states have failed to handle the novel coronavirus in part because they have never addressed their historical internal divides, which COVID-19 has brutally revealed. In addition, leaders in these states who have attacked political systems and social cohesion have hindered the pandemic response.

The deep economic and social inequality in the United States, Brazil, India, Indonesia, and the Philippines has undermined how these states have responded to the pandemic. Beyond revealing inequalities and devastating public health, the pandemic has made socioeconomic inequality worse, and also added to democratic backsliding. In these five states, caseloads and death tolls of the novel coronavirus are falling hardest on racial, ethnic, and sometimes religious minorities and on the poor; poor and minority communities significantly overlap, and many of these same citizens have the preexisting conditions that make them more susceptible to getting extremely sick or dying from COVID-19.

Furthermore, as often has happened during past major emergencies, political leaders have taken advantage of the emergency to corrode democratic norms and institutions—in these five democracies and across the globe.

Politicians often have only made inequality worse, which further hampered efforts to control the virus. Indeed, the five recent leaders’ rhetoric and policies, combined with their states’ histories of inequality, have ensured the pandemic hits minorities and the poor harder than middle-class, wealthy, and racial, religious, and ethnic majority citizens. In many ways, COVID-19 also has deepened inequality in these countries.

The Donald J. Trump administration, for instance, repeatedly sought to undermine the Affordable Care Act (ACA), which has helped expand access to health insurance, particularly among minorities and the poor. In the end, the Supreme Court rejected overturning the ACA. Overturning the ACA would have resulted in over twenty-one million, mostly lower-income Americans, losing health insurance.[3] The Trump administration also took a hard-line approach to policing and voting rights, refusing to countenance police reforms and trying to undermine voting rights in numerous ways. The effects of this voter suppression fell hardest on the poor and minorities. [4]

Recently, leaders in these large democracies also used public rhetoric to divide and polarize societies, often further harming minority groups. On Twitter, former President Trump routinely claimed that politicians of color such as Georgia gubernatorial candidate Stacey Abrams and New York Representative Alexandria Ocasio-Cortez were unqualified for office and should be feared; he also routinely demonized immigrants and other minorities as dangers to the United States.[5] Brazilian President Jair Bolsonaro has claimed that indigenous Brazilians are only now “evolving [into] humans” and complained that Brazilian cavalry had not wiped out more indigenous peoples during the conquest of the Brazilian interior.[6] Bolsonaro’s demonization of indigenous people and evisceration of protections for the Amazon Rainforest have contributed to a wave of illegal mining and foresting and a spike in violence against indigenous people in the Amazon basin.[7]

These policies exacerbated inequality and added to the pandemic. The Trump administration’s campaign against the ACA, for instance, combined with some Republican-led states’ refusal to expand Medicaid to allow their poorer citizens to access the ACA, kept the number of uninsured Americans high and hindered the pandemic response. [8]

Historical inequality is also hindering the vaccine rollout in many of these countries, even though vaccination campaigns are now the best weapon for ultimately controlling the pandemic. Many minority populations in the United States harbor deep distrust of government public health efforts, due to the lasting effects of systemic racism and a history of the U.S. government conducting illegal experiments on minorities (such as the Tuskegee study, which infected Black men with syphilis to study its effects when left untreated) and demonstrating disinterest in issues that damage minorities’ public health (such as the water crisis in Flint, Michigan). A study on views of vaccination conducted by the Kaiser Family Foundation found massive skepticism of the COVID-19 vaccine among Black Americans, with nearly 50 percent saying they will not get vaccinated “even if scientists deem it safe and it is available for free to anyone who wants it.” [9]

The populist leaders have also taken anti-science positions in general. Trump repeatedly mocked scientific consensus on effective measures to control the pandemic, adding chaos and confusion to the response effort and polarizing the public in ways that made it harder to develop anti–COVID-19 public health campaigns.[10] Bolsonaro, Jokowi, and Duterte also have denigrated scientific expertise throughout the pandemic, polarizing the response and undermining public health efforts.

These leaders often also have used the pandemic to boost their powers. For example, Modi has used the pandemic to further clamp down on the press, political opponents, and activists. Duterte has used the pandemic, and lockdowns, to clamp down on opponents as well. Meanwhile, the Trump administration stepped up its campaign against nominally independent inspector generals within government agencies during the pandemic and increasingly kept cabinet heads in their positions without congressional approval and against the law, among other efforts.[11] Although the new Joe Biden administration has promised to restore institutions and norms, whether it can fix much of the damage remains unclear.

These five large democracies are part of a global democratic regression. The 2021 version of Freedom in the World, the flagship publication of the monitoring organization Freedom House, was entitled “Democracy Under Siege” and noted that “democracy’s defenders sustained heavy new losses in their struggle against authoritarian foes, shifting the international balance in favor of tyranny. Incumbent leaders increasingly used force to crush opponents and settle scores, sometimes in the name of public health.”

Without a doubt, the five large democracies of the United States, Brazil, India, Indonesia, and the Philippines are plagued by massive political, economic, and social problems. These challenges have been exacerbated by polarizing and often ineffective top leadership, both before and during the pandemic. The enormity and deep roots of these problems mean they cannot be solved rapidly or easily. Any list of ideas for progress can only be a jumping-off point. Some U.S. politics experts, for instance, believe political polarization, socioeconomic inequality, and the breakdown of social cohesion have become so bad that the country’s politics are unsalvageable and the United States has essentially become ungovernable. [12]

Yet effective governance has both policy and political rewards, even for highly polarizing leaders as it bolsters leaders’ popularity and potentially their election prospects. The severe effects of the crisis, meanwhile, offer an opportunity for leaders to go big in response and push major reforms to address their countries’ deep economic and political challenges. Many of these reforms should create a policy agenda focused on what Zia Qureshi of the Brookings Institution calls “predistribution”—putting measures in place that address inequality and making growth more inclusive from the bottom up. [13]

Even in these five large and highly polarized democracies, polling suggests that a significant percentage of people want to overcome polarization in dealing with COVID-19—and possibly in combating broader issues of inequality as well. For example, despite the United States’ seemingly bitter COVID-19–related partisanship, polling has shown that Americans generally want to work together to address the virus and that a significant majority of Americans share views about the best ways to address COVID-19.[14] More broadly, research by the organization More in Common suggests that, across multiple countries, “the pandemic has created a new sense of togetherness” and some common desire to work together to solve problems and rebuild public trust, which is essential to government functioning, in a pandemic or in normal times. [15]

During this difficult time, leaders should push for systemic, democratizing reforms of political and electoral systems, and punish actors who aggressively promote polarization. This could include promoting ranked-choice voting, public financing of campaigns, and the drawing of fair, representative districts for state and federal elections, among other measures. The Biden administration has embraced comprehensive governance reforms designed to bolster voting rights and curtail partisan gerrymandering, which tends to dilute the power of minority voters.[16] Ultimately, as in the 2022 Philippine presidential election, voters will have the final say.■

[1] Schaeffer, “6 Facts About Economic Inequality in the U.S.”; Juzhong Zhuang, “The Recent Trend of Income Inequality in Asia and How Policy Should Respond,” Group of 24 and Freidrich-Ebert-Stiftung New York, October 2018, http://g24.org/wp-content/uploads/2018/10/Rising_income_inequality_in_Asia.pdf; Tjoe, “Two Decades of Economic Growth Benefited Only the Richest 20%.”; “Income Inequality in India Continues to Rise: Report,” Wire, November 19, 2020, http://thewire.in/economy/income-inequality-india-china-report.

■ This article is adapted from the CFR Discussion Paper “COVID-19 and its Effect on Inequality and Democracy: A Study of Five Large Democracies,” which can be viewed at: https://www.cfr.org/report/covid-19-and-its-effect-inequality-and-democracy

■ Joshua Kurlantzick is Senior Fellow for Southeast Asia at the Council on Foreign Relations (jkurlantzick@cfr.org) 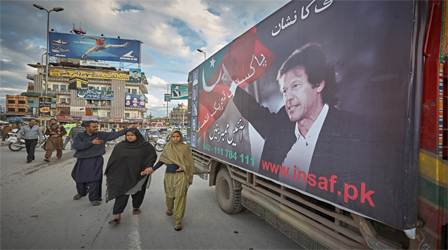 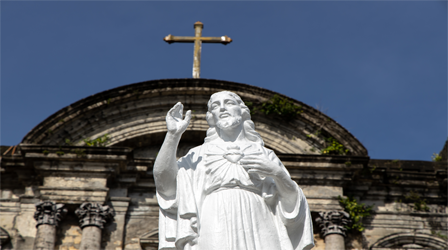