On June 14, 2022, the East Asia Institute celebrated its 20th anniversary by welcoming esteemed guests, trustees, alumni, supporters, and member scholars to its new headquarters located in the heart of Seoul, adjacent to the historic property of the Sajik Altar.

The grand opening brought together EAI’s leadership, academics, and dignitaries for a day of events including speeches celebrating the institute’s long-standing commitment to global leadership and excellence and a Panel discussion on EAI’s future research agendas under the banner of Korea’s Road to 2050. 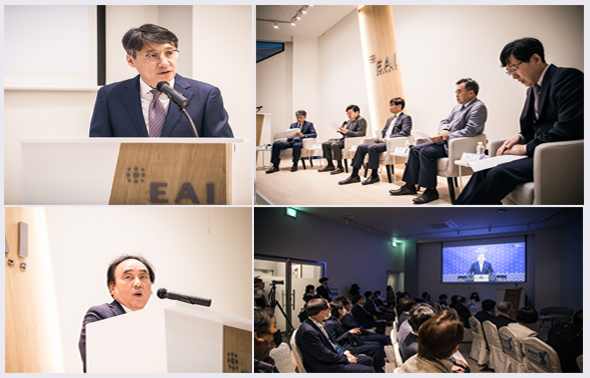 EAI kicked off its 20th anniversary celebration with welcoming remarks by EAI President Yul Sohn and an opening speech by Young-sun Ha, EAI’s Board of Trustees Chairman. The speech was followed by words from Park Jin, ROK Minister of Foreign Affairs, who called EAI “the preeminent foreign affairs and security Think Tank of Korea.”

Foreign dignitaries also sent messages to congratulate EAI on the occasion. Richard Haass, President of the Council of Foreign Relations spoke of the EAI’s critical role in global affairs by remarking, “if an institution like EAI did not already exist, we would need to invent it.” Kazuo Ogura, Former Japanese Ambassador to Korea thanked “EAI’s great contribution in continuing dialogue between Korea and Japan during difficult times of bilateral relations.” Damon Wilson, President of National Endowment for Democracy, especially thanked EAI for keeping up communications with Burmese institutions during the 2021 military coup when many global institutions did not. He also thanked EAI for publishing critically important research and publications on the crises and voicing support for Burmese activists. Jia Qingquo of Beijing University highlighted that EAI is an indispensable source for academics worldwide to understand Korean affairs.

A panel discussion on Korea’s 2050 Strategic Roadmap centered around the issues of future democracy, nationalism, advanced technology management, and symbiotic governance in an era of great power competition. The second part of the evening’s celebrations included a ceremony to award some of EAI’s most notable alumni with Medals of Appreciation, followed by a dinner banquet. 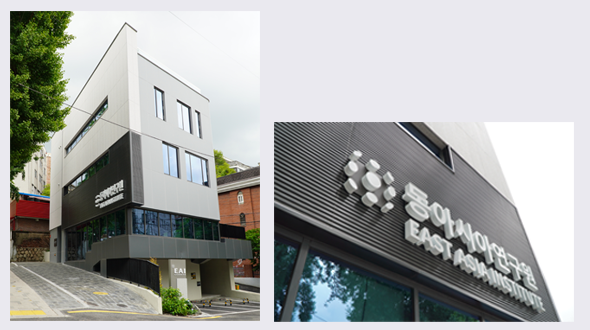 The new EAI building was constructed in time to host the 20th anniversary celebrations thanks to the generous donations of numerous EAI supporters. The new home spans four floors that feature its own recording studio, seminar rooms and the state-of-the-art conference hall. It is also equipped with pleasant office space for research associates, a terrace area for guests, and a delightful rooftop overlooking three beautiful mountains surrounding historic sites of Seoul.

As EAI celebrates milestones and accomplishments, it remembers its history and honor its legacy. As EAI embarks upon the beginning of the “Sajik Chapter,” it pledges to continue its role as a thought leader that contributes to future peace, prosperity and cooperation of East Asia.