[EAI Online Seminar] “What`s Next For the U.S.-Japan-South Korea Partnership? Security and Economic Cooperation in a New Era

The East Asia Institute (President Yul Sohn) held the 9th online seminar of the COVID-19 and the New World Order series, titled “What`s Next For the U.S.-Japan-South Korea Partnership? Security and Economic Cooperation in a New Era,” co-hosted with Stanford University’s Walter H. Shorenstein Asia-Pacific Research Center. The ROK-U.S. and U.S.-Japan joint statements have increased expectations for a possible expansion of security and economic cooperation among South Korea, the U.S., and Japan. However, heightened U.S.-China strategic competition, as well as persistent challenges in the region such as historical tensions and the North Korea threat, have complicated the strategic calculus of South Korea and Japan. Under these circumstances, South Korea, the U.S., and Japan must define their economic and security interests and seek ways to maintain friendly relations among the three countries. This seminar discussed security and economic cooperation among Korea, the United States, and Japan in the era of strategic competition between the U.S. and China.

Building a Practical Framework for

ROK-Japan relations and the Future of the Trilateral Cooperation

The Rise of the China Threat

Approaching the DPRK Variable and Maintaining Peace on the Korean Peninsula

■ Park Joon-woo_ is a former Chairman of The Sejong Institute and former Senior Secretary to the President for Political Affairs, and was a career diplomat who served 33 years at the Ministry of Foreign Affairs and Trade. He served as Ambassador to the European Union and to Singapore. His overseas assignments include Washington, D.C., Tokyo, Beijing and Helsinki. After retiring in July 2011, he was appointed as Koret Fellow of the Walter Shorenstein Asia-Pacific Research Center at Stanford University, USA, teaching a graduate class on “Korean Foreign Policy in Transition: Korea’s Bilateral Relations with Her Major Neighboring Countries.” In September 2012, he was appointed as Visiting Professor at Yonsei University’s Institute for State Governance. From August 2013 to June 2014, Ambassador Park was appointed as President Park Geun-hye’s Senior Secretary for Political Affairs. Later, he served as Chairman of The Sejong Institute, Korea’s leading independent think-tank, for three years since February 2015.

■ Vincent K. Brooks_ is a career Army officer who recently retired from active duty as the four-star general in command of all U.S. Forces in Korea, where he concurrently commanded United Nations Command – continuously serving since 1950 and initially commanded by General of the Army Douglas MacArthur; and the Republic of Korea – U.S. Combined Forces Command comprising over 625,000 Koreans and Americans under arms. His areas of expertise are national security, policy, strategy, international relations, military operations, combating terrorism and countering the proliferation of weapons of mass destruction, diversity and inclusion, leadership in complex organizations, crisis leadership, and building cohesive trust-based teams. He is a combat veteran and a member of the Council on Foreign Relations.

■ Tomiko Ichikawa_ is the Director General at the Japan Institute of International Affairs (JIIA). She assumed the current position in July 2020. She joined the Ministry of Foreign Affairs in 1985. Her assignments in Japan include Directorship at West Europe Division, Economic Integration Division (EU), Non-proliferation, Science and Nuclear Energy Division as well as Economic Policy Division. Overseas postings include Embassy of Japan in the UK and Permanent Mission of Japan to the International Organizations in Vienna. She also assumed positions in international organizations as Political Affairs Officer at UNPROFOR (UN PKO in the Former Yugoslavia) and Special Assistant to the Director General, the International Atomic Energy Agency (IAEA). Ms. Ichikawa participated in the Six Party Talks (December 2006-December 2008), and continued to follow the DPRK nuclear issue at Permanent Mission in Vienna (2011-2014) and the IAEA (2014-2020). She obtained a Bachelor's in Law from the University of Tokyo and her MA in International relations and contemporary war from King’s College London, UK.

■ Young Ja Bae_ is a Professor of the Department of Political Science and Diplomacy at Konkuk University. Dr. Bae received her PhD in political science at University of North Carolina at Chapel Hill in the United States and serves on the policy advisory committee to the South Korean Ministry of Foreign Affairs and vice chairman of the Korean Association of International Studies. She was a visiting scholar at National Taiwan University under Taiwan Fellowship. Her main research interests include international politics and S&T, science diplomacy, and international political economy. Her major papers include "Regulations on Foreign Direct Investment and National Security," "US-China competition and Science and Technology Innovation" and "S&T Diplomacy as Public Diplomacy: Theoretical Understanding".

■ Andrew J. Grotto_ is a William J. Perry International Security Fellow at the Cyber Policy Center and a Research Fellow at the Hoover Institution, both at Stanford University. Grotto’s research interests center on the national security and international economic dimensions of America’s global leadership in information technology innovation, and its growing reliance on this innovation for its economic and social life. Before coming to Stanford, Grotto was the Senior Director for Cybersecurity Policy at the White House in both the Obama and Trump Administrations. Previously, Grotto served as Senior Advisor for Technology Policy to Commerce Secretary Penny Pritzker. He also has extensive experience on Capitol Hill, serving as a member of the professional staff of the Senate Select Committee on Intelligence. Grotto received his JD from the University of California at Berkeley, his MPA from Harvard University, and his BA from the University of Kentucky.

■ Fukunari Kimura_ is a Professor in Economics at Keio University and Chief Economist at the Economic Research Institute for ASEAN and East Asia (ERIA). He received his Bachelor of Laws from the Faculty of Law, University of Tokyo in 1982. He then received Master of Science and PhD titles from the Department of Economics, University of Wisconsin-Madison in 1990 and 1991, respectively. He previously worked for the Department of Economics, State University of New York at Albany as Assistant Professor in 1991-1994.In particular, he has recently been active in writing academic/semi-academic books and articles on international production networks and economic integration in East Asia.

■ Thomas Fingar_ is a Shorenstein APARC Fellow in the Freeman Spogli Institute for International Studies at Stanford University. He was the inaugural Oksenberg-Rohlen Distinguished Fellow from 2010 through 2015 and the Payne Distinguished Lecturer at Stanford in 2009. From 2005 through 2008, he served as the first deputy director of national intelligence for analysis and, concurrently, as chairman of the National Intelligence Council. Fingar served previously as assistant secretary of the State Department’s Bureau of Intelligence and Research (2000-01 and 2004-05), principal deputy assistant secretary (2001-03), deputy assistant secretary for analysis (1994-2000), director of the Office of Analysis for East Asia and the Pacific (1989-94), and chief of the China Division (1986-89). Between 1975 and 1986 he held a number of positions at Stanford University, including senior research associate in the Center for International Security and Arms Control. Fingar is a graduate of Cornell University (A.B. in Government and History, 1968), and Stanford University (M.A., 1969 and Ph.D., 1977 both in political science). 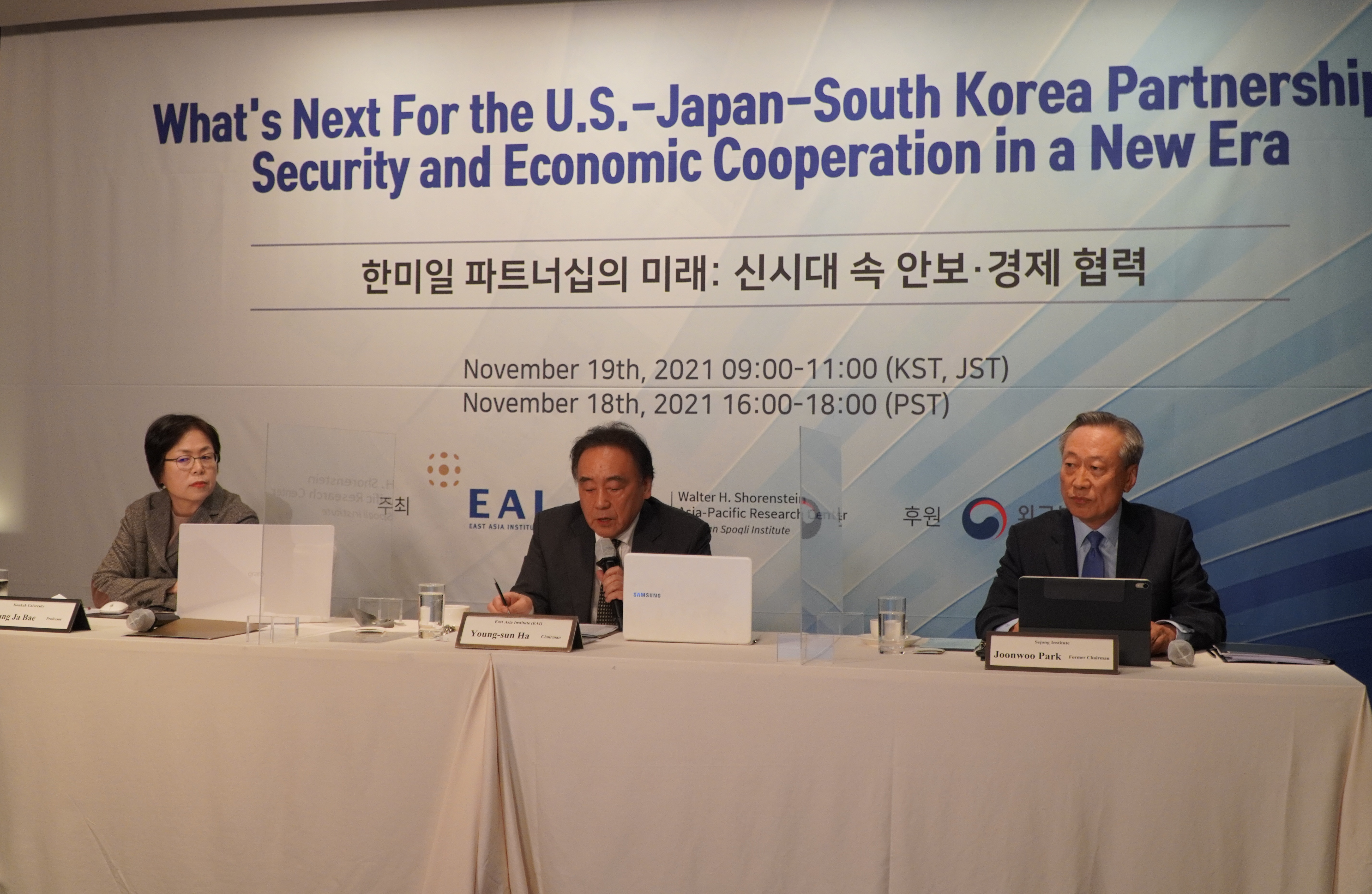