[EAI Roundtable] "The General Election: Nothing Has Changed, Problems Begin Now” Evaluating the Election Results and Forecasting the Future

The East Asia Institute (EAI) hosted a roundtable with Professor Won-Taek Kang of Seoul National University and Professor Taewook Choi of Hallym University of Graduate Studies. The session was moderated by President Yul Sohn of EAI. The participants discussed a range of topics including COVID-19's effects on the general election, polarization in Korean politics, the absence of a strong third party, contentious politics between the two major parties, changes and continuities in ideological and generational landscapes, as well as future agenda and prospects for reform. 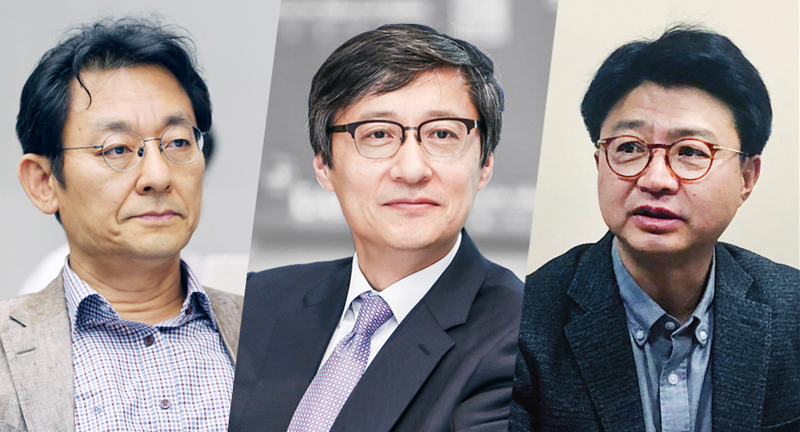 ※ Excerpts from the discussion notes are provided below.

■ Yul Sohn (…) Contentions between the two major parties have continued throughout the 20th National Assembly, leading to street confrontations at Gwanghwamun and Seocho-dong. Even during the election campaining, the two parties engaged in mudslinging in the absence of policy and brought about international disgrace by forming their own satellite parties under the quasi mixed-member proportional representation system. The votes were split between the two major parties while third parties barely managed to maintain their standing. In a broader sense, political polarization is a serious concern, even in the West. As a result of socioeconomic polarization, we are witnessing growing ideological and policy gaps among parties, as well as a rise in political conflicts and paralysis. How are we supposed to view South Korea in regard to these phenomena?

■ Taewook Choi (…) Contentious politics of the two parties has yielded gravely negative consequences that are not restricted to ideological concerns. This has always been the case since South Korea's democratization in 1987. However, it is true that political tensions have exacerbated with the recent electoral reform. The two major parties disposed themselves of minimum dignity and utilized tricks to overtake proportional representation seats by creating satellite parties. Throughout the process, the public—sensitive to the surrounding contention—consequently participated in such contentious politics and aggravated the situation. In that sense, the electoral reform process further encouraged polarization and did so strategically. Initially, electoral reform was aimed at resolving factional politics by integrating a highly proportional electoral system that would enable new parties to emerge. Yet the two major parties limited any such possibility by interfering deeply into the process, attempting to gain a slice of the proportional seats. The third party has been demolished as a result.

■ Won-Taek Kang In the event of a national crisis and emergency such as COVID-19, civic concerns tend to shift primarily towards the public and namely, the role of the state and public affairs. COVID-19 has raised public interest in the state's role—including that of the central and local governments—as well as in issues related to civic participation and public nature. I believe that such civic inclination towards public affairs has led to a higher voter turnout. Furthermore, the phenomenon of ‘rallying around the flag (and national leaders)’ was also observed during South Korea's battle against COVID-19.

The Collapse of Civil Society Group

■ Taewook Choi Let us take a closer look at South Korea's politics. If complex tactics and meaningful political games are played in every general and presidential election, then it will always be necessary to acquire new analyses on political competitions and assistance from civil society and relevant experts. However, the current political game is not based on policies or ideologies. Instead, South Korea's political game is one played by two influential political parties and an imperial president, who comprise the parallel pillars of the South Korean constitutional system and its domestic politics. With the two major parties and the president drawing power from individual localities and figures, the current political system is reminiscent of that from the agricultural age. The two major parties have grown accustomed to the policy environment that has been sustained for over three decades since South Korea's democratization in 1987. Therefore, they no longer require the help of academia or civil society.

Changes in Ideological and Generational Landscapes?

■ Won-Taek Kang According to the results from the recent general election, the Democratic Party won 49.9% of the constituency votes and the United Future Party obtained 41.5%. Party votes yielded similar results, with 33.8% for the Future Korea Party and 33.4% for the Together Citizens’ Party. Of course, once the votes of other liberal parties including the Open Democratic Party and the Justice Party are added, the percentage rises to 48.5%. But this does not signify a fundamental shift in the ideological underpinning. The conservative party's approval rating has remained stable in the meantime because the conservatives have not properly responded to the political changes following 2017, which in turn led the moderate voters to rule in favor of the Democratic Party.

Current Proportional System to be Abolished

■ Taewook Choi In order to overcome the harmful consequences of South Korean politics, institutional reform will be necessary. The recent general election is the first result of the reformed electoral system. The United Future Party—which originally opposed the reform—will aim to dispose of the current proportional system. Moreover, members of the National Assembly who represent the Democratic Party are also likely to support its abolishment since they would have discreetly wished to do so. I believe that the current quasi mixed-member proportional representation system will be abrogated. There are two different steps that could be taken following the system's withdrawal. The first is to maintain a mixed-member proportional (MMP) representation system and the other is to introduce an entirely new electoral system.

The President Needs to Mobilize a Citizens’ Assembly

■ Won-Taek Kang What should follow an electoral reform is a structural reform in power. At the heart of the 2016 candlelight protests was the need to change the 'imperial presidency.’ However, even after the transition of power, we still seem to lie under an imperial presidency. The Blue House's lead in state affairs has actually been further strengthened. (…) Criticisms at the leadership/administrative level and those at the national/state level should be clearly distinguished from each other. When these criticisms become intertwined, this is when the respective country is led astray. There needs to be a division of power between the president—who leads social integration, national security, and long-term future strategies—and the prime minister—who serves as the head of the administration. This refers to constitutional amendment but if this is difficult, then the prime minister should be elected to the National Assembly. I sincerely hope that social discussions on constitutional amendment will further proliferate in the future.

#35. EAI Internship, What Lies Ahead!

#34. EAI Internship, What Lies Ahead!