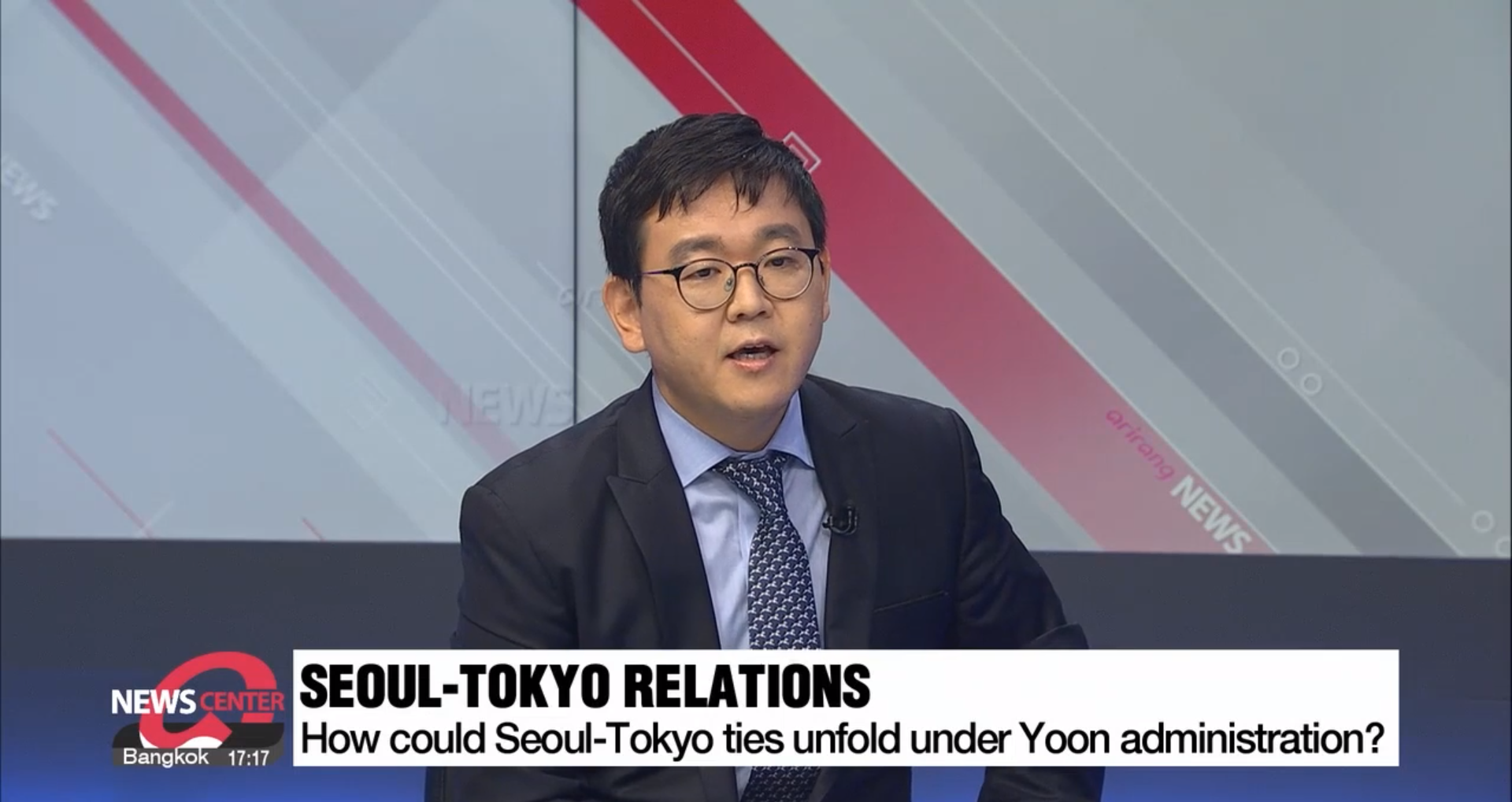 President Yoon Suk-yeol is scheduled to attend a summit of the North Atlantic Treaty Organization in Madrid from June 29th to the 30th, for what will be his first overseas trip as president.

South Korea is not a member of NATO but has been invited as a partner nation, along with Japan, Australia and New Zealand.

In light of the event, the Presidential Office of Korea said that it could hold a trilateral summit with Tokyo and Washington, and that President Yoon has received Japan's proposal for a four-way summit with Australia and New Zealand.

For more on the latest diplomatic activities, we are joined in the studio by two experts.

To my left, Dr. GO Myong-hyun, Senior Fellow at Asan Institute for Policy Studies and to my right, Dr. KIM Yang-gyu, Principal Researcher at the East Asia Institute.

Thank you both for joining us.

1. (GO) What do you think is the reason behind Tokyo's push?

Could the peace process on the Korean Peninsula be part of the agenda?

With there still being some sensitive issues to work through, how do you expect Seoul-Tokyo ties to unfold under the Yoon administration, Dr. Kim?

3. (KIM) Many on the diplomatic scene view President Yoon's attendance at NATO with both excitement and pressure.

What does this mean? And how will his attendance influence the new administration's diplomatic direction?

4. (GO) Let's move onto the situation with North Korea. Amid news of thousands of COVID-19 cases in the North, the regime recently highlighted its friendly relations with China.

Dr. Go, what do you think the North's motive is with this? Economic assistance perhaps?

5. (KIM) What about you? How do you assess the situation there?

6. (GO) Now, as far as we know, North Korea has held more than a dozen missile tests this year alone, a clear violation of UNSC resolutions.

But China, together with Russia have been opposing a U.S.-led resolution to impose tougher sanctions on the regime. What’s has been their reasoning behind it?

7.(KIM) IF China and Russia continue to oppose, is there any other way that the international community could pressure the regime to stop such provocations?

8.(GO) We have been hearing that North Korea is already prepared to hold its 7th nuclear test at any time. But a former IAEA official says it will be several months before it takes place.

What exactly can we detect from their latest activity?

9. (KIM) What signal do you think North Korea is waiting to send with its nuclear test? And when do you expect it to happen?

10. (GO) Well, this is a big IF, but IF the nuclear test occurs, what emergency plans do you think Seoul and Washington will have in response?

Alright, let's hope such an intense situation doesn't occur, thank you gentlemen for your insights.