As part of the South Korea Democracy Storytelling project run by the East Asia Institute, a research team led by Won-Taek Kang, a professor at Seoul National University, held a closed online meeting on “South Korea's Democratic Resilience after the Pandemic” on June 18. Under the theme of South Korea’s Democratic Resilience and funded by the National Democratic Institue (NDI), this project is composed of four research teams that will each publish issue briefings in August based on roundtables and online meetings held in June and July. 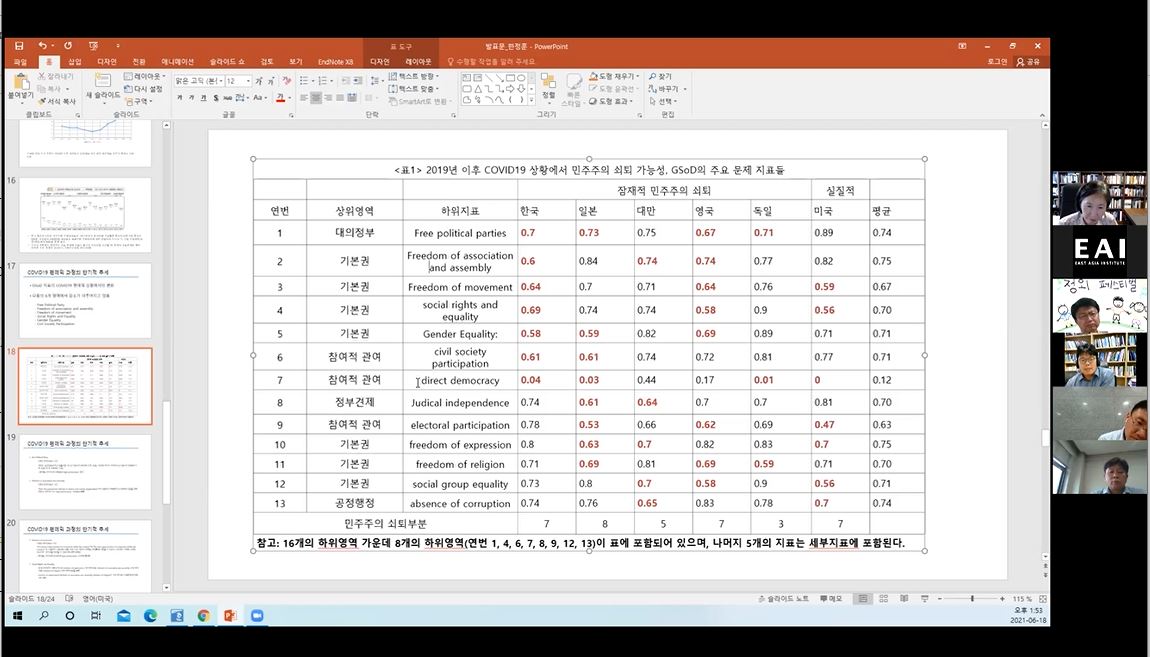 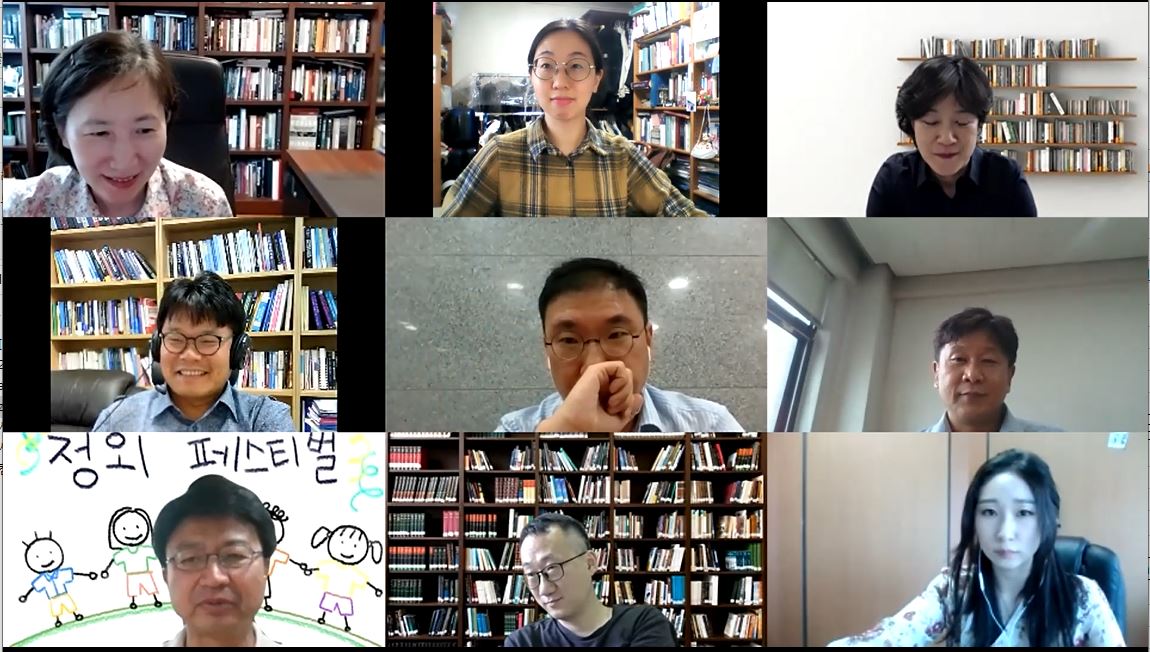