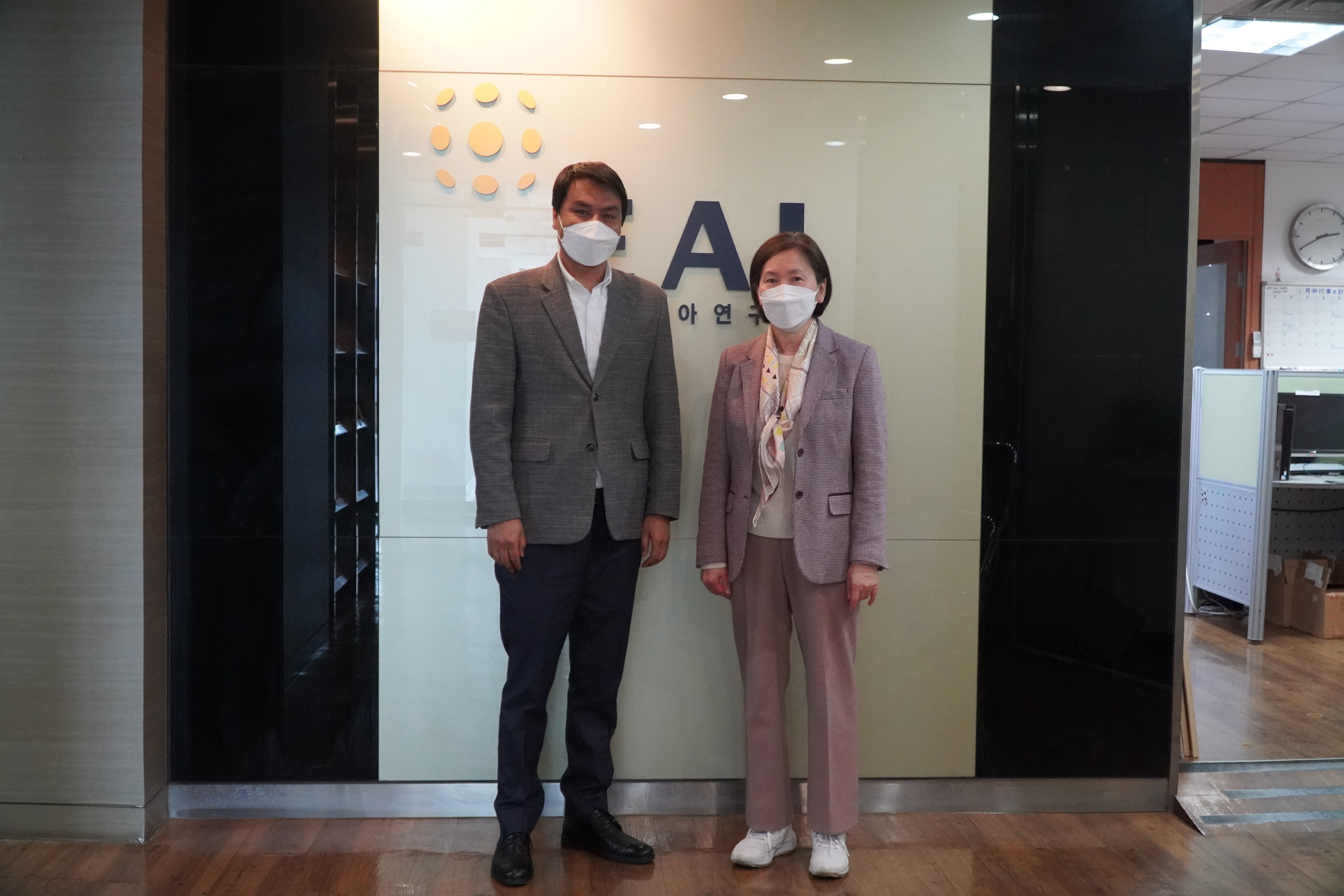 The Taliban's takeover of Afghanistan has raised severe concerns on women's rights and democracy. On April 8, 2022, The East Asia Institute (EAI), Secretariat of the Asia Democracy Research Network, met with the Counselor of the Embassy of the Islamic Republic of Afghanistan Mohammad Yasir Karimi to get a better understanding of the situation in Afghanistan and to learn about the difficulties of Afghan diplomatic missions.

II. The Situation of the Afghan Embassy and Afghans Residing in Korea

Since the collapse of the Government of the Islamic Republic of Afghanistan on August 15, 2021, with an exception of several regional level offices, most embassies overseas do not have contact with the Taliban administration. Due to this situation, they are currently faced with financial restraints to which the Embassy stationed in Seoul is no exception. The current Seoul office is currently running on previous savings but this method is not sustainable. However, despite the financial strains, embassies over the world continue to represent the people of Afghanistan and the constitutional values that stipulate the people's well-being. It is currently impossible for Afghan diplomats to visit Kabul due to the security threat but Embassies stationed abroad are actively looking for ways to remain functional.

The situation in Afghanistan is similar as the economic circumstances are dire. Humanitarian aid is the only tool that is preventing the domestic socio-economic situation from deteriorating. Additionally, as all governmental public services are at a halt, humanitarian aid from UN agencies and international NGOs is the only option that can be relied on to deal with the harsh situation. Although such aid is of much help, this method is not a sustainable one in tackling the socio-economic catastrophe. Afghanistan needs help from the international community to establish a legitimate and functional government.

This is an exceptional situation as there is a need for the international community to increase its pressure against Taliban forces to facilitate flexibility and to establish inclusive government that involves all political parties and civil societies. Along with freedom of speech and the protection of fundamental human rights, girls should be let into schools and women’s participation in the work and public sector should also be ensured. However, such progress has not be present yet and the possibility is bleak due to the radical interpretations of Islamic verdicts.

We, the Embassy of Afghanistan in Seoul, are highly grateful to the Korean government and people for their support in the last 20 years. Just after August 15, 2021, the Government of the Republic of Korea evacuated about 397 Afghans, helping them to smoothly settle in Korea and providing shelter, education, and jobs. Whenever evacuees face any issues, they have a coordinator who reaches them. The Korean government has also allowed Afghans who came previously to stay longer by extending their visa.

The Embassy of Afghanistan would like to establish a connection with EAI. The Asia Democracy Research Network, which EAI serves as a secretariat, is vital to protect and support Asian democracy; Afghanistan is part of Asia. We would also like to participate in this program to share our knowledge of the state of democracy.

Unfortunately, from the perspective of human rights, women's rights, and fundamental civil rights, Afghanistan is in an ever dark situation. Girls are banned from secondary school, and women are restricted from working in public. Traveling abroad and even in the country would get them in trouble. As the Taliban has no tolerance for criticism and explicitly rejects the election system.

Though the media speculate that there are two factions, extreme and moderate, inside the Taliban, it is valid only from a military perspective consisting of traditional Talib and Haqqani networks. However, from the civil rights point of view, there has been no concrete evidence of the existence of a moderate Talib. If a moderate section exists, they should come to the front and stand against extreme policies.

The best way to overcome this deadlock situation is to revitalize the peace process. This means that representatives of all political parties, ethnicities, civil societies, and all walks of life should come together for negotiations and make principles based on consensus and adopt a political roadmap for the country's future. An inclusive interim government should be established for a set period in which a new constitution is made and ratified in due course. To achieve this goal, the People of Afghanistan need the solid support of the international community, especially neighboring and other countries that had relations with Afghanistan in the last 20 years.

The people of Afghanistan are calling for an elected and responsible government and the international community is calling for an inclusive and accountable administration. Now the ball is in the Taliban's court to ensure flexibility and meet domestic and international demands. ■